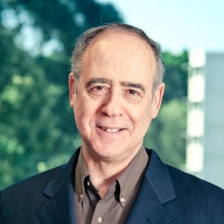 Trained as an international commercial arbitrator and mediator, Professor Trakman chairs or serves on various panels, boards and associations devoted to arbitration and mediation, on four continents. He has also served extensively as a inter-governmental trade adjudicator, appointed by US, Canadian and Mexican Governments under North American Free Trade Agreement (NAFTA) since 1994 and before then, under the US-Canada Free Trade Agreement, 1993-94.  He is the Principal of Trakman and Associates, specializing in international commercial arbitration.  See www,trakmanassociates.com

As Dean of Law at the University of New South Wales, Dean Trakman initiated a campaign for a new law building in 2002 which was completed during his deanship in July 2006 (on this purpose designed building). He conducted an extensive governance review of the Faculty, including the creation of two schools, which was implemented in 2005. He initiated an international UNSW Law Alumni Chapter in 2003. He also spearheaded a lucrative Major Gift Campaign to fund the law building and to establish chairs, fellowships and scholarships in law.

Professor Trakman has chaired and served on a variety of university and faculty committees relating to tenure, promotion, discipline, legal education and research. He has served as a consultant on dispute resolution to, amongst other organizations, the Canadian Bar Association. He is a past chair of the Legal Education Section on Legal Education for the Canadian Bar Association (N.S.). He has also chaired or participated on research grants committees of the Social Science and Humanities Research Council of Canada, the Bora Laskin National Fellowship Committee on Human Rights and The Molson’s National Fellowship Committee (variously between 1985 and 2000).

He is a Barrister in New South Wales (2003); a Barrister, Solicitor and Notary Public in Nova Scotia, Canada (1981); and an Advocate of the Supreme Court of South Africa, Cape Provincial Division (1971).

APPOINTED BY GOVERNMENTS OF THE UNITED STATES, CANADA AND MEXICO TO DECIDE INTERGOVERMENTAL DISPUTES INCLUDING, AMONG OTHER PANELS:

PANELLIST UNDER CHAPTER 19 OF THE UNITED STATES-CANADA FREE TRADE AGREEMENT in:

PANELLIST UNDER CHAPTER 19 OF THE NORTH AMERICAN FREE TRADE AGREEMENT in: